David H. Clarke (born July 11, 1961 - January 18, 2015) was the father of Amanda Clarke, and Charlotte Clarke. The conspiracy surrounding his death is what pushes Emily into the path of revenge.

David Clarke is the father of Amanda Clarke and of the Graysons' youngest daughter, Charlotte Grayson. He was believed to be dead in prison for a crime he didn't commit; he was set up by his lover, Victoria Grayson; her husband, Conrad; and their friends. His daughter Amanda, now known as Emily, embarked on a 3 year journey to bring down those that wronged him. He helped her from beyond the "grave" with his box of journals and photographs. He kept reappearing in Revenge in flashbacks. He was believed to have died on April 22, 2002 (not long before Emily was released from juvie), when he was stabbed during a prison riot by the Initiative assassin Gordon Murphy. David survived the stabbing and was kidnapped by Malcolm Black, who was revealed to have been behind the stabbing incident as a cover up. Malcolm threatened to kill the fake Amanda Clarke (who David thought was his daughter) if he didn't launder money for Malcolm. In 2014, David confronts Conrad Grayson and stabs him to death.

In "Pilot", we saw flashbacks where David have just moved in to the beach house and tells Emily that he loves her infinity times infinity. We saw another flashback were he told to Amanda how to hold on to cold waves. We saw another, the one from the day he was arrested. That night Victoria called him and while he was talking by phone FBI agents came and took him away.

In "Trust", we saw a flashback from Amanda's 9th birthday. There was also Bill Harmon a close friend of him. They discussed about Bill's illegalities with a contract, and that Conrad knew it. Bill told him that he knew about him and Victoria. Then at night he called Victoria to tell her that Bill knew it and he was going to tell Conrad.

In "Betrayal", a flashback Of David is seen in prison, reading a letter from Victoria. In the letter, Victoria promises to prove to Tom Kingsly that David is innocent, and that by tomorrow he will be a free man. David laments in a letter he wrote to Emily that whatever evidence Victoria gave to Kingsly didn't sway him, and he was convicted the next day. In another flashback, David and Victoria are seen in bed together. He gives her a pair of earrings, and ask her to think of him when she wears him.

In "Impetus", Conrad is recorded confessing to his involvement in Flight 197 and the case is reopened by the FBI. As a result, David's conviction is posthumously overturned, clearing him of all crimes. David is revealed to be alive in "Execution". After Conrad escapes from prison, a van pulls up alongside of him and David gets out. Conrad is shocked to see David alive, but David says nothing as he viscously stabs Conrad to death and drives away.

In "Renaissance", little is seen from David but it is revealed that he eventually gets out of the shadow he lived in for 20 years. At the end of the episode, David appears to abduct Victoria just outside of Grayson Manor, now owned by Emily.

In "Disclosure", David is only seen with Victoria. He shows her where he lived during all these years, which turns out to be a small cavern at an unknown place. David asks her for answers about her role in the conspiracy that caused his doom and tells Victoria he still loves her. He confirms he knows that his daughter Amanda died in the boat accident two years earlier, knowingly fooling him Victoria goe along with he ignorance to get him on her side in the battle against Emily Thorne, which is his real daughter. After that, they both go to a pub where they continue their discussion. David also reveals Victoria that he killed Conrad after he saw on television what Conrad had said to their daughter Charlotte.

In "Ashes", Victoria brings Charlotte to meet David. David is happy to finally meet his daughter, and Victoria tells him Charlotte was the one who exposed Conrad and exonerated David. David later learns from Victoria that Emily was by the house. She leaves and David sneaks out, armed with a knife. As he approaches Emily, while she sleeps, he appears to recognise her slightly as he hesitates he wonders who she is he doesnt yet know it he daughter he hasn't seen in 20 years and is then forced to flee when Nolan shoots at him.

In "Meteor", David is arrested at a store and brought down to the station. Jack recognizes him as Emily's father and calls Emily down to the station. David can't see Emily's reaction to him being alive. David says Conrad faked his death, held him captive, and tortured him. He says he escaped and feigns surprise when he is told Conrad is dead.

In "Damage", David asks Nolan to be present at his interview. At the interview, David accuses Nolan of stealing Amanda's inheritance, humiliating him on TV. David later goes to Nolan's house. Nolan asks David how he could think that he would steal Amanda's inheritance and that he trusted David like a father. David punches Nolan and walks away.

In "Ambush", David goes to see Emily to talk about Amanda. Emily explains her relationship with Amanda, and implies that Victoria could have hurt her at one point. David goes to the strip club that Amanda had worked out and talks to her best friend, Crystal, who says Victoria was the only one who looked out for Amanda (unbeknownst to David, Victoria had paid Crystal to say that). After Emily discovers David has photos of Amanda, she confronts him about not coming for her. David is confused, until he sees the double infinity symbol tattooed on Emily's wrist; and realizes, with great joy, that his daughter is alive and standing before him. A flash of light brings David and Emily outside where they see Victoria unconscious. David rushes to her side, much to Emily's dismay.

In "Contact", David asks Emily to call an ambulance for Victoria, but she hesitates. David calls the ambulance and rides off with Victoria without answering Emily's questions about where he has been. At the hospital, David still believes Victoria is innocent in his framing. Emily argues that she stood by him, and cleared his name. David says he wanted her to forgive and move on, not spend her life getting revenge. Emily snaps that David didn't show forgiveness when he murdered Conrad. Emily leaves, throwing a crumpled picture of her and David on the floor. Later, two masked men attack Victoria, and Emily helps David fend them off. David also learns Victoria knew Emily was Amanda. Outside, David says he was kidnapped by someone far more dangerous than Conrad. He says he can't be her father until he deals with Maclolm, but he wants to do it alone.

In "Epitaph", David and Victoria rush over to the manor when they hear gunshots. They find Emily and Jack. Daniel is dead and so is Katherine Black, Malcolm's daughter. David is angry that Emily is involved when he didn't want her to be. He fears that Malcolm will kill them all when he learns what happened to his daughter. David convinces Victoria to say that Emily killed Daniel in self-defense, and then goes to dispose of Kate's body. He is almost caught by Alvarez, but manages to escape. David also forces Victoria and Emily to cohabitate, despite their objections. On the day of Daniel's funeral, David admits to Emily that he was going to kill Victoria the night Daniel was killed.

In "Clarity", David stands by Emily's decision to tell the truth about Daniel's death. Stevie tried to convince him to talk Emily out if it because of how the cover up could impact Jack. David refuses to, wanting to let Emily make her choice. At the end of the episode, David watches with pride as Emily clears Daniel's name, and reveals that she is Amanda Clarke.

In "Exposure", Amanda and David confront Tom Kingsley as he plots with Bill Harmon, and Robert Barnes to get revenge on Amanda for ruining their careers. The two of them tell Kingsly to leave them alone, vowing to come after anyone who tries to hurt them.

In "Two Graves", Jack asks David for his blessing to marry Amanda. David happily gives it to Jack, and later kills Victoria before Amanda can, to spare her soul. Before Victoria dies, she shoots Amanda in the back, but Amanda survives. David avoids prison time because he is dying of lymphoma and gets to spend his final days with Amanda.

Although he had until recently only appeared in flashbacks, David was shown to have a kind and loving personality. He was very affectionate to his daughter, Amanda and loved her deeply, making sure that she had a happy childhood until his arrest. He was also the only person who believed in Nolan and because of this, Nolan was extremely loyal to him and, after he died, his daughter. David was in love with Victoria but she later betrayed him and got him put in prison.

However David was very forgiving, unlike his daughter who was obsessed with revenge, and managed to forgive Victoria (however, it was later revealed that he was not aware of his ex-lover's treachery, until she confessed to train him Season 4), after she sent him a letter in prison, telling him that she would do everything she could to get him out of prison (tragically she did not succeed) and saying how sorry she was for betraying him. Recently however a darker side to David's personality emerged. He killed Conrad (one of the people responsible for ruining his life, and for framing him for a crime he did not commit), without hesitation or remorse and Victoria claimed that the David she knew was entirely different from the one Amanda knew as a girl (there might be some truth to this as Victoria tends to favor morally ambiguous men).

When David learns that Victoria, did betray him (something that he had suspected) after she confessed her treachery to him, he planned to kill her, (as a son, Daniel had recently been killed) to make it look like a suicide, this revealed not only had he become ruthless, but was also not as forgiving as he used to be; the only reason why he did not kill Victoria when he had the chance, because his daughter Amanda convinced him not to, as killing his ex-lover would be too merciful (as she should suffer for being indirectly responsible for her son, Daniel's death).

Kara was David's ex-wife. She was the mother of his daughter, Amanda Clarke. After Kara's attempt to drown Amanda due to her mental illness, she was put into the Angel of Mercy Hospital and asked David to lie to their daughter by telling Amanda that she was dead for Amanda's own sake.

Amanda and David are father and daughter and were very close to each other. After Amanda's mother was confined at the Angel of Mercy Hospital when she was only five years old, David Clarke began raising his daughter Amanda alone, after telling her that she was dead. But shortly after they had moved to the Hamptons, David was arrested for terrorism and was thought to be dead. But during the summer of 2014, Emily discovered that he was alive and started up their relationship again.

Charlotte is David's second biological daughter, produced after the affair he had with Victoria Grayson. 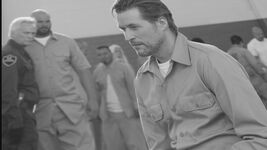 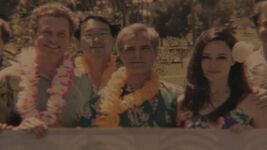 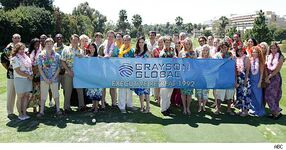 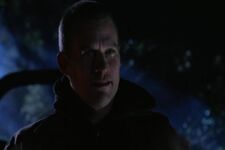