Kara Wallace (formally Clarke-Murphy) is the mother of Amanda Clarke and the ex-wife of David Clarke. She was long ago presumed dead until it was revealed in the season finale of Season One that she was, in fact, alive.

After Kara apparently faked her death in 1990, David Clarke moved with their daughter to The Hamptons, accepting an executive post at Grayson Global. This is how he meets Victoria Grayson, who is drawn by his openness, honesty and fresh outlook on life in contrast to the vicious, cut-throat world of high society she has come to survive in. They genuinely fall in love, beginning a passionate affair that leads ultimately to his betrayal and incarceration. However, in the first season's finale, it is revealed that Kara may actually still be alive - and that she may have been involved with the Graysons and the Americon Initiative before Emily was born.

Much is still unknown about Kara, only that she was in a mental institution when Amanda was still a child after trying to drown her at the beach.

While Amanda recovered in a hospital, David and Kara agreed to have Kara leave their lives and tell Amanda she died. Victoria had the Gordon Murphy, who posed as an FBI agent, mysteriously take Kara someplace shortly before David Clarke was arrested for blowing up Flight 197. The order was for Gordon to kill Kara. David had told Amanda that her mother had died in 1989, when Amanda was just five years old. Emily Thorne is doing everything she can to figure out why exactly her father lied to her about Kara. Gordon once told Emily that she fights like her mother, and Emily also found a pocket watch on Gordon's body, with a photo of Kara in it, as well as a voice message left on his phone from her, telling Gordon that she loves him. Emily struggles remembering her mother, Kara, but is determined to find her and understand what happened to her.

After being discovered alive and well by Aiden, Kara goes to the Hamptons and becomes a houseguest of the Graysons. In Penance, after being told by Mason the truth about what happened to her husband, she goes after Conrad and Victoria at a party. After disabling the security cameras, she forces them into a bedroom and makes them confess to the frameup. Victoria also reveals to Kara that it was her most recent husband, assassin Gordon, who killed David. Upset, Kara puts blindfolds on Conrad and Victoria and prepares to execute them, but is stopped in the last minute when Aiden sneaks up behind her and knocks her out. Kara wakes up in a car with Emily and Aiden, who poses as an FBI agent and offers not to press charges against Kara if she leaves town. When asked by Emily if she wants her to pass on a message to her daughter (Amanda Clarke), Kara asks her to tell her she was sorry she wasn't a better mother.

In a later episode of season 2, it's mentioned that Kara is in the wind. She is apparently unaware her believed daughter is dead. It is unknown if she saw the broadcast where Emily confessed to being the real Amanda Clarke in Season 4. 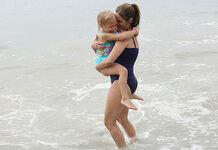 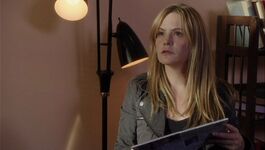 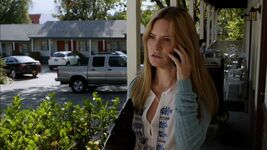 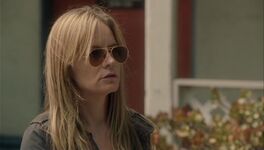