Malcolm Black was an illegal arms dealer that held David Clarke captive for 10 years. He faked David's death during 2002 as a cover to break him out of prison and force him to launder money for him. He was the father of Katherine Black (formerly known as FBI agent Kate Taylor).

Malcolm Black makes his first appearance in "Epitaph", after failing to make contact with Kate whom he had sent to the Hamptons to track down the money that David Clarke stole from him when he escaped.

When he first arrives in the Hamptons he approaches police chief Edward Alvarez and questions him about Kate's time working with his department. When Alvarez becomes suspicious during the questioning Malcolm stabs him and forces him into his car, then speeds off.

In "Madness", Malcolm turns up at Jack's house as he's leaving for work and questions him about Kate's disappearance. whilst questioning him he all but threatens Jack's son then returns to his hideout, while Jack notifies David of Malcolm's visit.

He gets a phone call from Kate's cell but realizes it to be David on the line as his daughter always knew to talk first. David tells him that if he wants to get Kate back he calls the shots and says he'll text Malcolm his daughters location. In return he demands that Malcolm leave the country and never come after him or his loved ones again or he will release evidence to the media and the authorities.

However, before David meets him face-to-face, Jack already sent in a USB flashdrive that David was holding as evidence against Malcom. When Malcom arrives on the scene, the SWAT team surrounds him and Jack tells David that he had to do it and now David is free. David tells him he is wrong.

After a little while, Malcom is given to the feds, but manages to be released based off of lack of evidence. Jack finds out and goes to find David to let him know.

Before David finds out, Amanda and Victoria are kidnapped by Malcom and kept in a warehouse.

David starts to work with Jack and Ben to save Amanda. David manages to talk to Malcom saying that he will exchange his daughter, Kate (who is already dead), for Amanda and Victoria. David plays old voice messages of Kate so that Malcom believes his daughter is alive.

When David and Malcom meet, Malcom brings out Victoria and David asks where Amanda is. Malcom then says he wants to see his daughter and David says she is in the car. Malcom holds up a laser thermometer that reads 56 degrees, proving that his daughter is now alive and that David is faking the whole thing.

In the next scene, Malcom and his guards are bringing in Victoria and David. Malcom tells David he is going to kill him, but wants him to suffer first so wants David to kill Amanda and Victoria first. He does not, so Malcom opens up an incinerator and tells David to chop them up piece by piece because it'll burn the evidence away more.

Jack and Ben then come in and after a large fight, David gets a hold of a gun and shoots Malcom four times and he falls into the incinerator.

Malcolm was said to be even more wicked and ruthless than Conrad Grayson. When his nephew was crippled in a car accident, Malcolm tortured and killed the drunk driver and his entire family; which made him a sociopath. David was so frightened that he convinced Amanda Clarke, Jack Porter, and Victoria Grayson to cover up Kate's death and make it look like Amanda had killed Daniel Grayson in self-defense. Malcolm also seemed to be sadistic as he taunted David about his "daughter" being a stripper, despite the fact that he had a daughter himself.

"Good catch. It's always the little things that get you." (to Edward Alvarez in (Epitaph))

"You always were a tentative little pissant, weren't you David?" (to David Clarke in (Madness)) 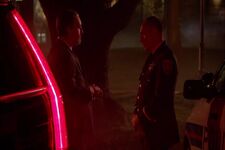 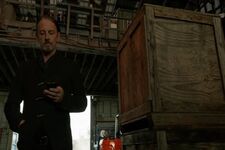 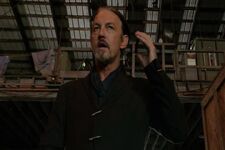 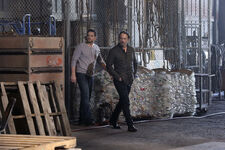 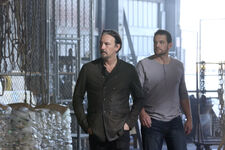 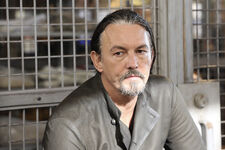 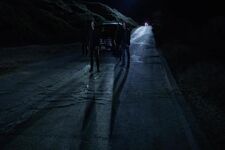 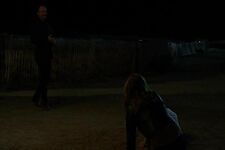 Add a photo to this gallery
Retrieved from "https://revengeabc.fandom.com/wiki/Malcolm_Black?oldid=64298"
Community content is available under CC-BY-SA unless otherwise noted.