Marco Romero is Nolan Ross's former lover and CFO at NolCorp. After a falling out, he left, only to return to reveal NolCorp's connection to Grayson Global to Daniel Grayson.

Marco, ex-boyfriend of Nolan Ross and ex-CFO of NolCorp, is back in Nolan's life, courtesy of Daniel Grayson who calls Marco and offers him a job. Now that Marco is back, he is also threatening to put Amanda Clarke's name on the grid if Nolan doesn't give him a job at NolCorp.

Marco is hardworking and ambitious, helping Nolan bring NolCorp to its current state. However, he is pressingly curious as well and challenged Nolan about the $500 million set aside in an offshore account before being fired.

Nolan and Marco were a couple during the events of "Lineage" (set in 2006). Their relationship began to crumble when Marco learned that there were $500 million left in a Cayman Islands account in 2002, something which Nolan wouldn't explain. Nolan later revealed that that the money was the rightful share for David Clarke's daughter. Marco couldn't understand Nolan's loyalty towards David and his daughter or his belief of David's innocence, so Nolan ended things with Marco and fired him. He gave Marco a severence pay, which Marco threw back at him. 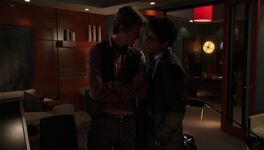 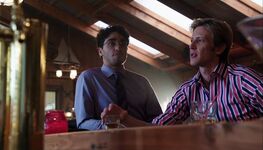