Matt Duncan is an old friend of Carl Porter.

In a flashback to 2006 in "Lineage", Matt Duncan was one of the many local business owners who was being extorted for "protection money" by Joe Ryan and his gang of racketeers. Though he tried to make a stand, Ryan got back at him by arranging a hit and run at Matt's youngest daughter, Lucy, in front of their house. On Thanksgiving, he took Carl's revolver while he was meeting Ryan to pay up. When he saw them, Matt shot Ryan to death, causing his body to fall in the water. Sometimes afterwards he and his family apparently moved to Florida.

Joe's two sons, Nate and Kenny, later realize that his death must have something to do with Carl Porter and Matt Duncan since he had told them that he was meeting Carl the last night they saw him before his body was found washed up on Gin Beach, and Matt's daughter was hit by a car the same night, with strong possibility that it was their father.

In "Revelations", Matt returns to Montauk for the christening of Jack's son. When he learns that the Stowaway is now co-owned by Kenny and Ryan, he discreetly tells Jack that they are bad news. Matt is later assaulted by the brothers. When Jack comes to his rescue, Matt tells him the full story of Joe Ryan's death and his part in it. He is then taken to a hospital and, according to Jack, survives.

In "Collusion", Jack visits Matt in the hospital when his insurance expires and he is about to leave and tries to convince him to confess to killing Joe Ryan. He is apparently successful, since Conrad later presents the Ryan brothers with his signed confession. It's unknown if any actual legal action was taken and Matt was arrested. 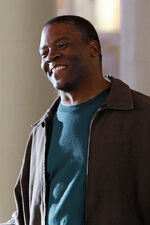 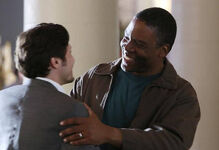 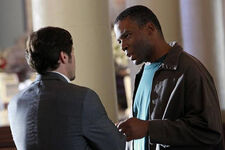