Welcome to the Revenge ABC Wiki

"REVENGE is universal. As primal as the need for love, sex, or the feeding of a searing hunger. Revenge crosses time and culture. It starts unwinnable wars and visits generations of blood feuds on families with unsettled scores. Revenge is as old as humanity. Dark and dramatic and endless." - - Mike Kelley, Creator of REVENGE 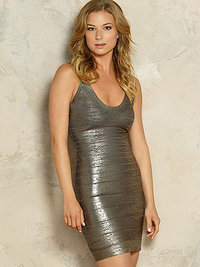 Wealth, beauty and status define the people in this town, but one woman is willing to destroy everyone for the sake of revenge.

Emily Thorne (Emily Van Camp) is new to the Hamptons. She's met some of her wealthy neighbors, has made a few new friends and seemingly blends into the town. But something is a little odd about a young girl living in a wealthy town all on her own, and the truth is that Emily isn't exactly new to the neighborhood. In fact, this was once her old neighborhood, until something bad happened that ruined her family and their reputation. Now Emily is back, and she's returned to right some of those wrongs in the best way she knows how – with a vengeance. Read more...

Memorial Day Party 2011
This annual party celebrated on a boat is the first of Emily Thorne in The Hamptons. Ashley Davenport, the organizer, was the one who invited her. She was also the one who introduced her to Victoria Grayson...

Go to these sites for info or for help with your own wiki!

ABC • A Million Little Things • Agent Carter • Agents of S.H.I.E.L.D. • The Baker and the Beauty • Black-ish • Castle • The Catch • The Colbys • Designated Survivor • Desperate Housewives • Dynasty • For the People • Fresh Off the Boat • The Good Doctor • Grand Hotel • Grey's Anatomy • Happy Endings • The Heiresses • How to Get Away with Murder • Inhumans • Lost • The Middle • Modern Family • Nashville • Once Upon a Time • One Life to Live • Pretty Little Liars • Private Practice • Quantico • Revenge • Roseanne / The Conners • Scandal • Station 19 • Supernanny • Twin Peaks • Who Wants to Be a Millionaire 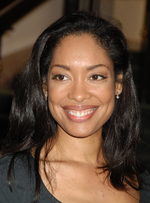 Gina Torres (born April 25, 1969 is an American television and movie actress. She has appeared in many television series, including Hercules: The Legendary Journeys as Nebula, Xena: Warrior Princess (as Cleopatra), the short-lived Cleopatra 2525, Alias (as Anna Espinosa), the critically acclaimed series Firefly (as series regular Zoe Washburne), Angel (as Jasmine), 24]] (as Julia Miliken) and The Shield.

My Favourite Character In Revenge Is Nolan Ross.

Who is the Greatest Couple in Revenge?

Retrieved from "https://revengeabc.fandom.com/wiki/Revenge_ABC_Wiki?oldid=84424"
Community content is available under CC-BY-SA unless otherwise noted.